A new meteor video surveillance system has been activated at Meteor Crater in the northern Arizona desert. The network of cameras, called LO-CAMS for “Lowell Observatory CAMS”, is part of a system that uses software to combine meteor detections from other stations to triangulate the motion of meteors through the atmosphere, and help to pinpoint their impact and recovery locations. The larger network LO-CAMS is part of CAMS (Cameras for All-sky Meteor Surveillance), led by SETI Institute senior research scientist Peter Jenniskens. CAMS is a multi-camera operation that allows for more precise tracking of meteor positions, and the LO-CAMS system came on-line just in time for the Perseid meteor shower, which peaked in August.

You can learn more about Peter Jenniskens’s work on our website, SETI.org, and view the graphics of the data from CAMS at http://cams.seti.org. 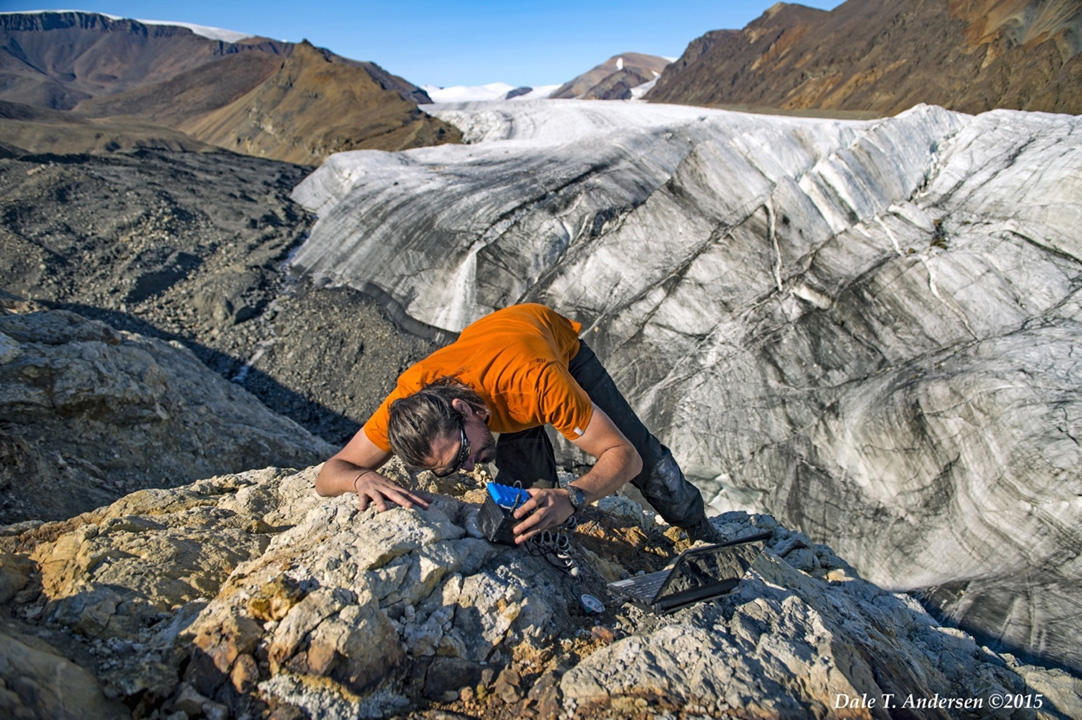 One way researchers try to determine if life exists somewhere in the extreme Martian landscape is by studying the varieties of life that thrive in the harshest environments on Earth, known as analog environments. St. Louis Public Radio recently spoke to Pablo Sobron, a research scientist at the SETI Institute who travels to remote environments on Earth that are extremely dry and salty – an environment considered to be a Mars analog.

“We’re trying to catalog extreme life on Earth so we have a better idea of what to look for on Mars,” Sobron said. “The more we go to the field, the more we learn about life that happens there and how it’s affected by the environment, the more ready we’re ready to find life elsewhere.”

The research conducted by Sobron and colleagues will inform future missions to Mars that focus on detecting signs of life.

You can watch an archived video of Dr. Sobron discussing robotic space exploration as part of our public colloquium series, SETI Talks, on our YouTube channel.

An article recently published in the journal Icarus examines the presence of red material found in images of Uranus’ moons. The five large moons of Uranus are tidally locked, like Earth’s moon, meaning they rotate fully in the same time it takes to orbit their planet. Red material, suspected to be dust, have been imaged on their surface of the moon’s “leading hemispheres”, more abundantly on the outer large moons. Researchers, including SETI Institute research scientist Richard Cartwright, have created models to understand and explain the red dust. The models suggest that the dust is deposited from irregular satellites that move in retrograde (they move in the opposite direction of the rotation of Uranus), leaving a trail that collides mostly with the outermost moons and only somewhat with the inner moons. Cartwright summarized these findings in a recent article for Science Trends:

Thus, the Uranian satellite system is more complex than we had originally suspected, with the surfaces of the large moons of Uranus possibly being modified by the accumulation of red dust from retrograde irregular satellites. Whether dust accumulation is occurring presently, or whether the red material was accumulated in the distant past is still unknown.

The paper also explored potential future directions for research into the moon system of Uranus.

In last week’s episode, habitability is a hot topic in light of the recent discovery of a possible lake on Mars, and explored at length in It’s Habitable Forming. On our previous week’s episode, the BiPiSci team’s monthly episode devoted to critical thinking took a close look at so-called “brain enhancing” video games, exercises, and supplements, in Skeptic Check: Brain Gain.

Last week on Facebook Live, meet Carl Sagan Center Director Nathalie Cabrol and the NASA Astrobiology Team, who held their annual meeting recently at the SETI Institute’s Silicon Valley headquarters. On our previous episode of Facebook Live, FDL Producer Sara Jennings introduced us the Frontier Development Lab (FDL) Space Resources team and what they’ve been working on. Videos of all past Facebook Live events can be found on our Facebook page: https://www.facebook.com/SETIInstitute/